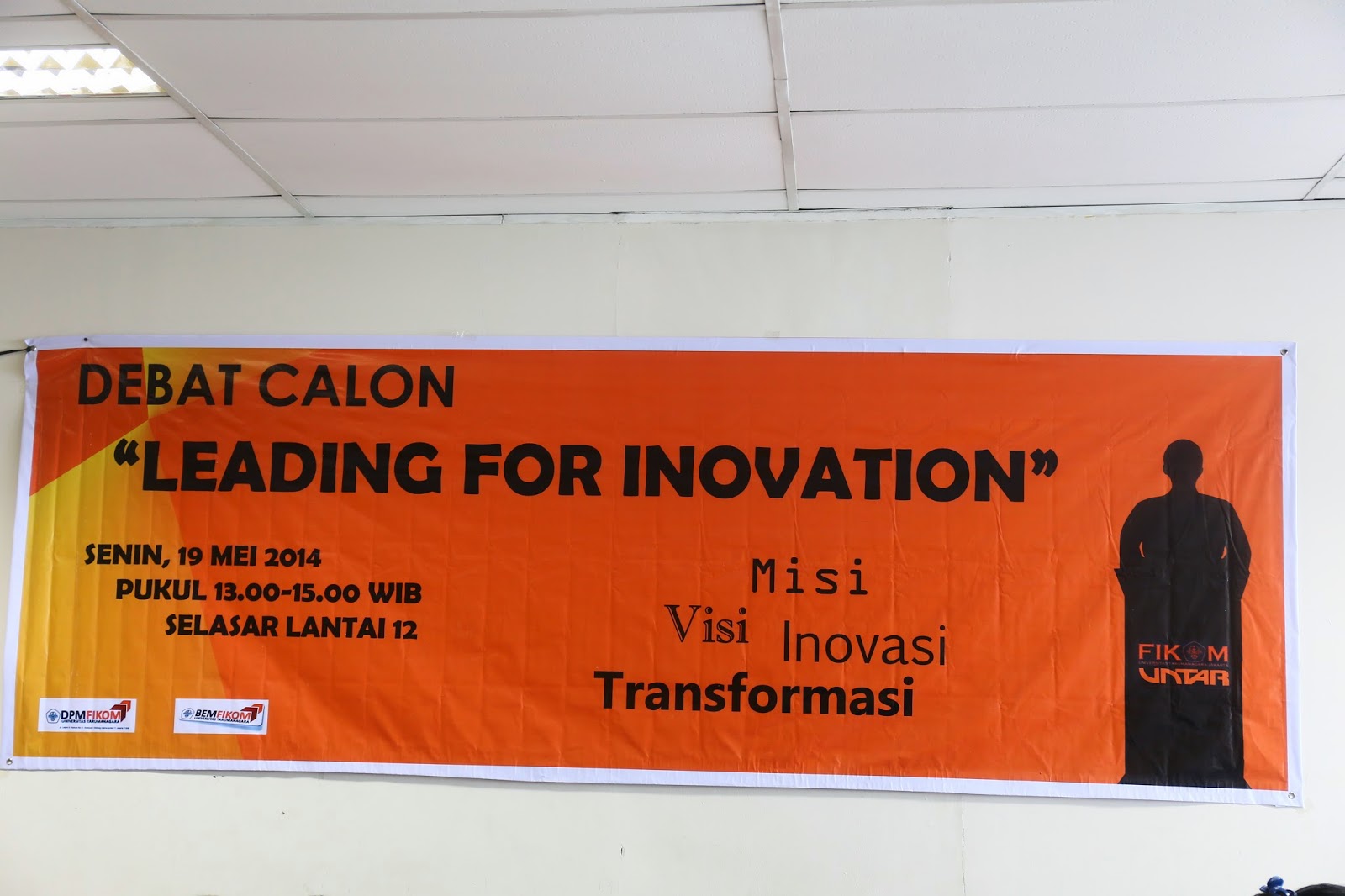 Politicians are not inferior to enrich the country being democratic party, Fikom Untar also a race against time to regenerate leadership. Just as democracy in Indonesia, Institute students Fikom Untar core consisting of BEM and DPM must conduct periodic succession of one period each term. To oversee and supervise the miniature democracy, then formed an ad hoc committee of students coming from outside the management of the two organizations.

One of the steps taken by the Ad Hoc committee to bring the prospective student leader is to organize Candidates Debate. On Monday, May 19 and the chairman of the DPM and BEM candidates clashing ideas, ideas, vision and mission of each candidate. Different from previous years, this candidate debates took place the 12th floor open hallway which is usually a point of passing by the students, the event attracted instantly focus the attention of students. In addition to the exposure of the candidates plan program, students are also actively involved in the discussion and constructive criticism of the programs that came out.
DPM itself has three candidates, namely Doo Han leader, Adrian and Christopher Denny. Meanwhile, the BEM has 2 candidates, namely Nirma Yunita and Indra Anga. The candidate has previously been fit and proper test escapes and meets a predetermined sayarat completeness. Election Kingdom Fikom Untar Alone will be held on 9 and 10 June 2014, in which all students registered to study at the Faculty of Communication Sciences still Untar can exercise their rights.
Diposting oleh Unknown di 01.08